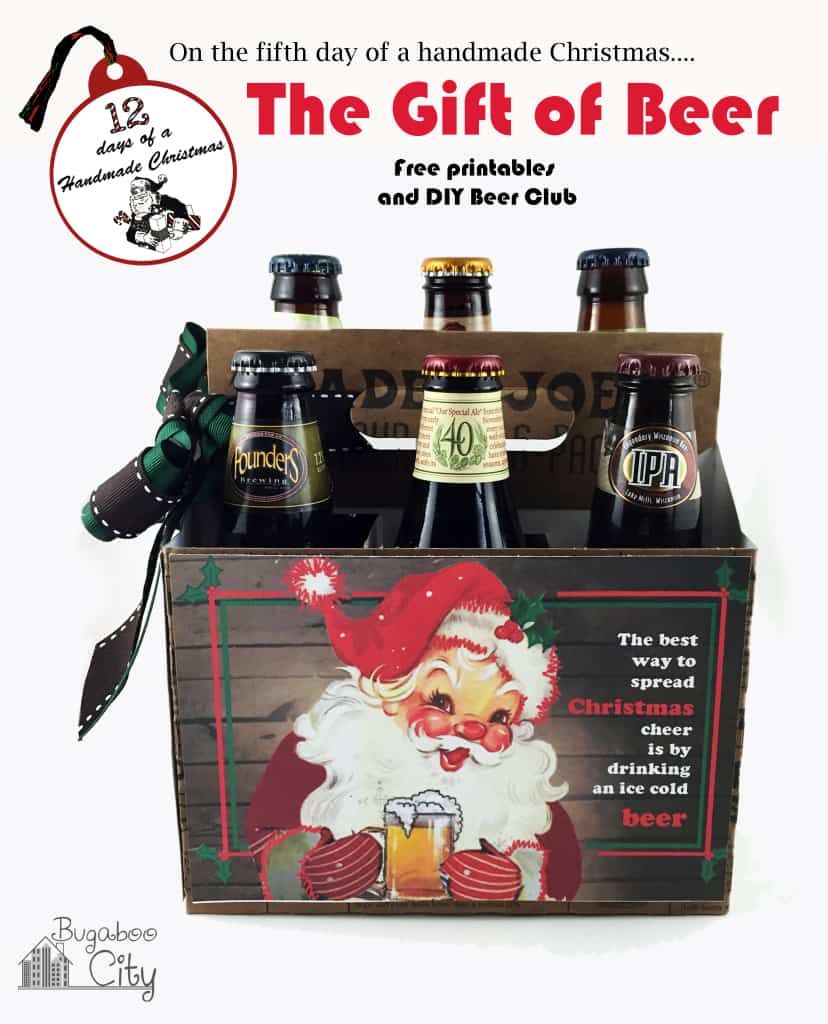 Good morning and happy day five of “12 Days of a Handmade Christmas”!  Today’s holiday craft is geared towards guys – but is appropriate for any beer fan and would also make a great hostess gift!  Guys can be tricky – I’ve found that I can’t go wrong when I stick to beer!  My husband loves craft beer, specifically IPAs.  When looking for a gift for him this year I looked into a lot of different beer clubs – I love the idea of him getting a new beer (or several new beers) to try each month of the year!  While they would be perfect, they can be quite pricey.  I decided to create my own version of a beer club and today I am here to share it with you! 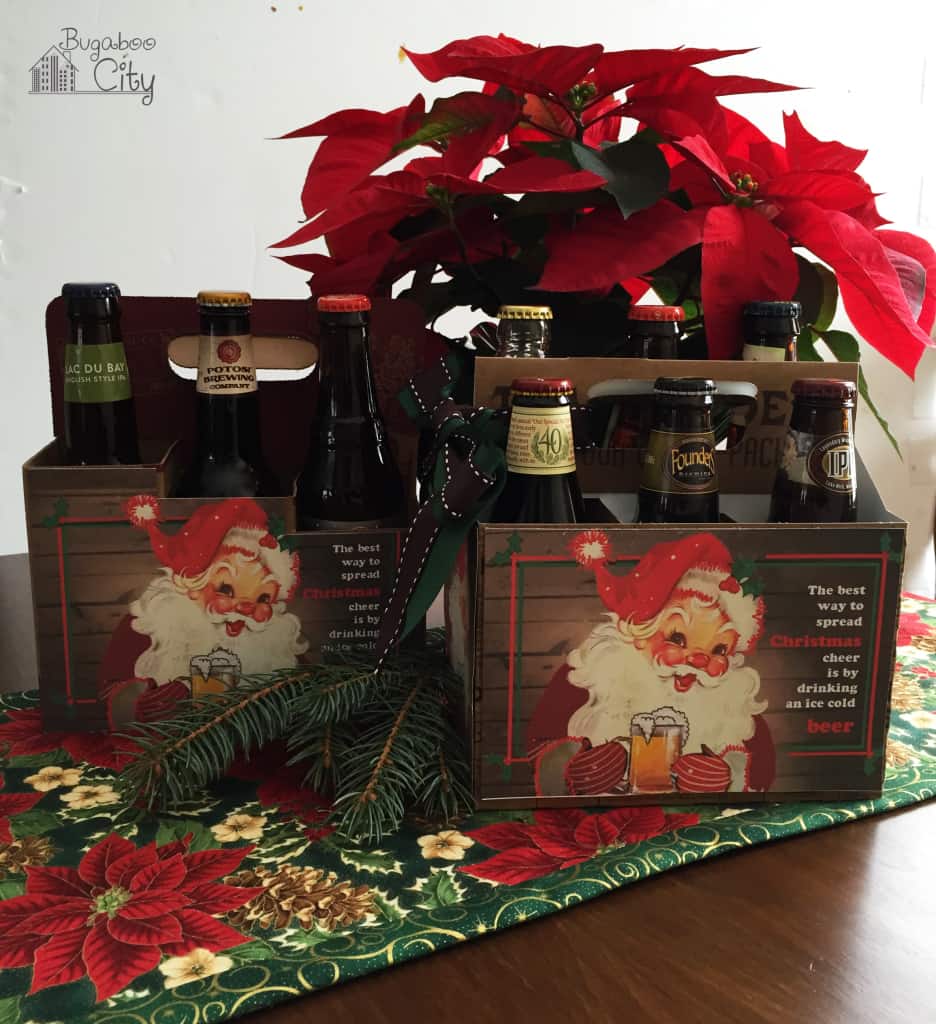 The idea of a beer club is to get new beers delivered to you every month.  Many beer clubs let you specify the types of beer you like so they can better cater to your tastes when picking out which beers to send you.  There are even some clubs that have you go online each month and select the beers you’d like to try.  My version is the same idea as getting beer delivered to you every month but scaled down to a new beer every day for the 12 days leading up to Christmas.

I shopped stores my husband usually doesn’t frequent in an attempt to find beers he hasn’t tried yet.  Stores like World Market, Trader Joes, Whole Foods, and some local grocery stores sell individual bottles of beer.  I picked up 12 different IPAs (India Pale Ales) from these stores, including some holiday specialties like Bad Elf and Winter Welcome Ale.

I decided to do one beer a day, but you could also put a different spin on it and do 1 bottle of beer the first day of Christmas, 2 bottles on the second day, and so on, working your way up to a 12-pack on the 12th day of Christmas!

I created some fun tags for the beer using some old bottle caps I had.  I punched a hole in the cap, added a number for which day the beer would be for, and tied it to each beer bottle.  I also thought it would be fun to include some information on the type of beer I was giving him.  Lots of the beer clubs I saw online described the beers, including the type of beer, the brewery, the alcohol content, and a taste profile.  I created a tag that I could fill out with similar information.  I went to the websites of each beer I bought and got lots of fun information. 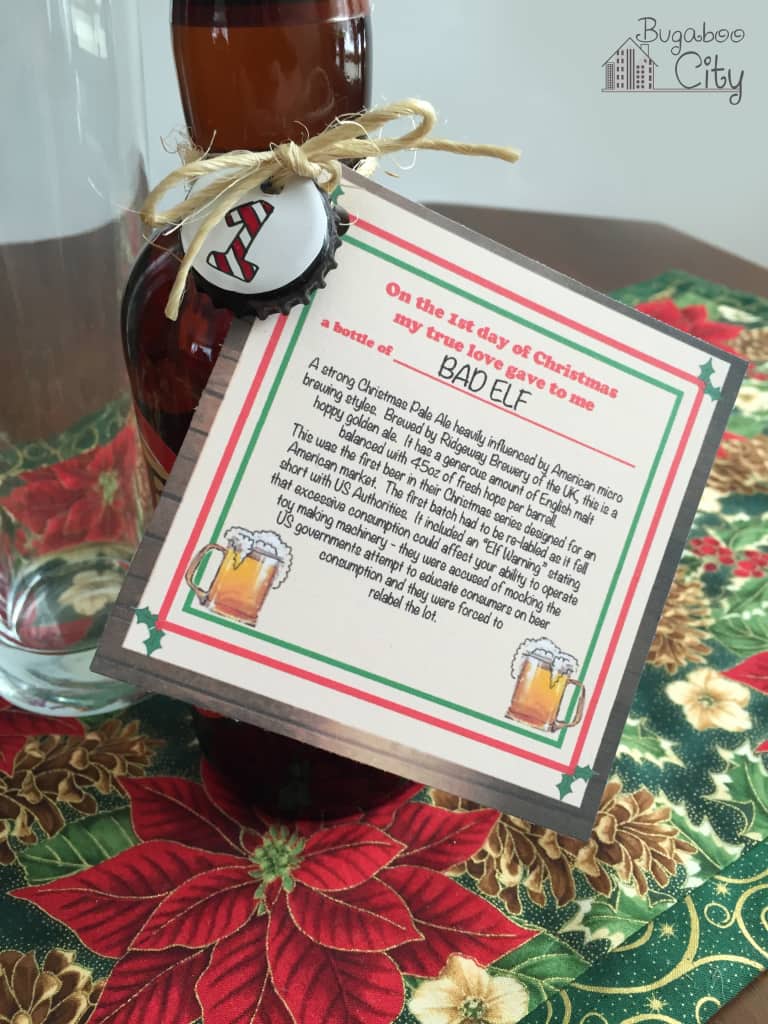 I also created some fun graphics to adhere to a six-pack case.  I made one specifically for Trader Joe’s six pack case and one for a normal six-pack case.  We have some holiday parties coming up and I think these would make great hostess gifts to bring with us!  The graphic makes the whole thing look more special and thought out than just showing up with a six-pack of beer!  I added a green and brown ribbon to really finish it off.  The saying is a twist on a line from one of my favorite Christmas movies – Elf!  The best way to spread Christmas cheer is by drinking an ice cold beer! 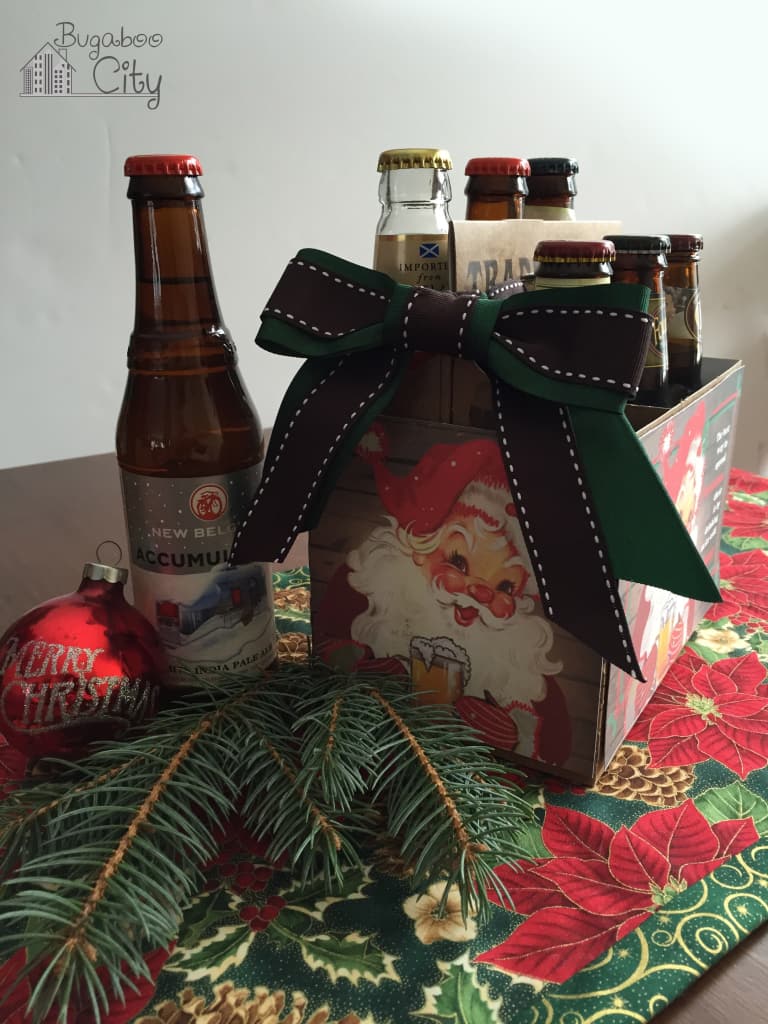 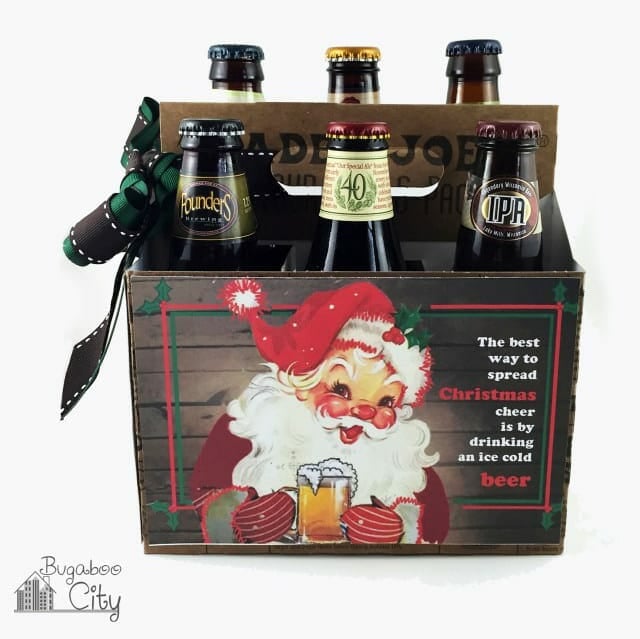 Mmmmm, a nice ice cold beer sounds lovely doesn’t it?  I’ll be sure to enjoy one in a few months when I’m no longer pregnant!  Until then I’ll continue giving the gift of beer!

FREE PRINTABLES!  All printables are for personal use only.

Happy Thanksgiving to everyone celebrating! 🍂

My Christmas Activity Calendar Cards have been upd

It’s Day #12, the final day in my holiday crafts