Create a fun DIY Fox Notepad! The first in my series of animal notepads! This notebooks is made with scrapbook paper to fit a 3″ x 5″ notepad. Free pattern! 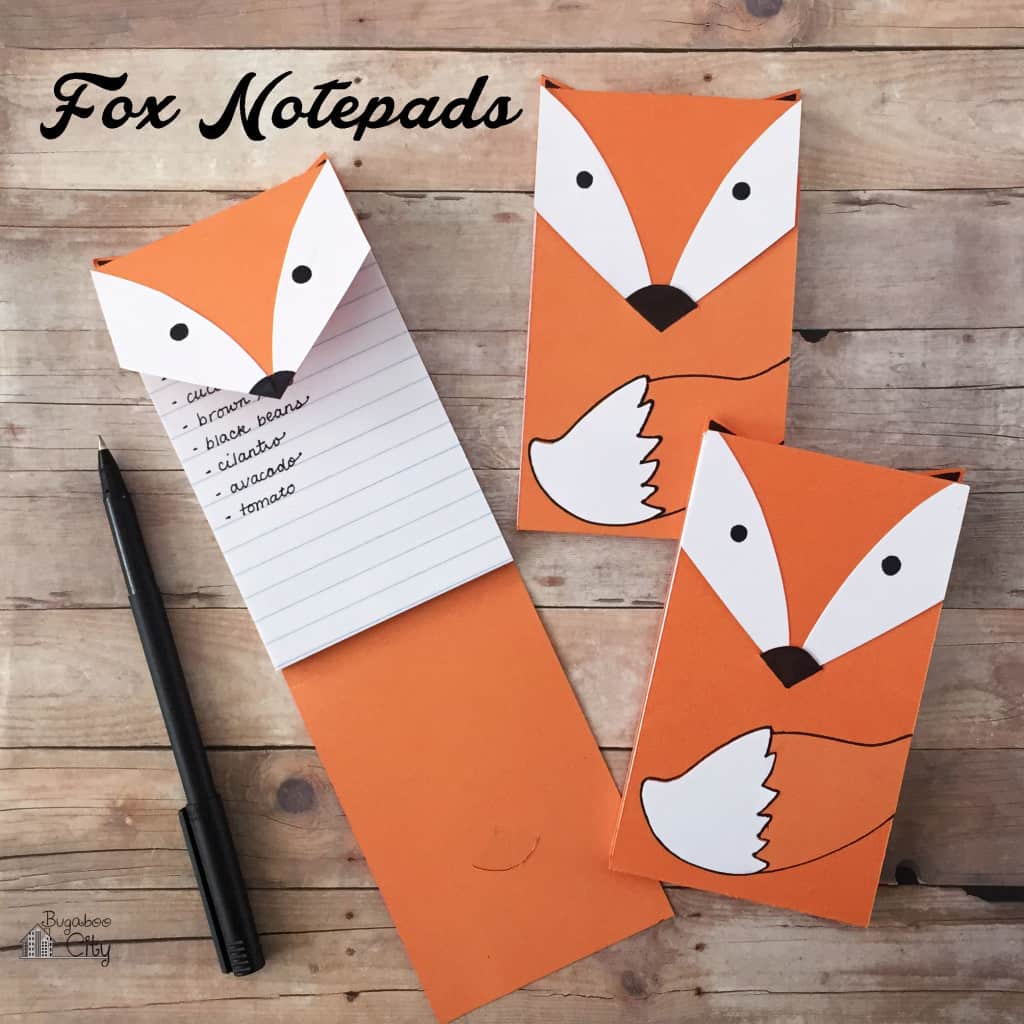 Good morning! Today I have a fun DIY project – Fox Notepads! I made these cute little guys to give out as game prizes at our Woodland Animal birthday party. Since the majority of our party guests were adults, I wanted to make something they could use after the party yet something that was still “in theme” and fun. I had a bunch of 3″x5″ notepads left over from making these DIY Notepads, so I decided to use those and make them into foxes. They took a little while to plan out, but after a few trials, I had a nice pattern to use. I was pretty excited when I figured out how they could close using the fox’s nose. It’s the little things :)

Below is the tutorial and free pattern for the DIY Fox Notepad! These come together quickly after you get the hang of it. I made them assembly-line style and it went fairly fast. These are great because they take very few supplies – just paper, notepads and a black Sharpie! :)

*Update: I turned my PDF pattern into an SVG cut file and you can now make these notepads with your cutting machine! Check out this new FOX NOTEPAD post I did to announce the free cut file! 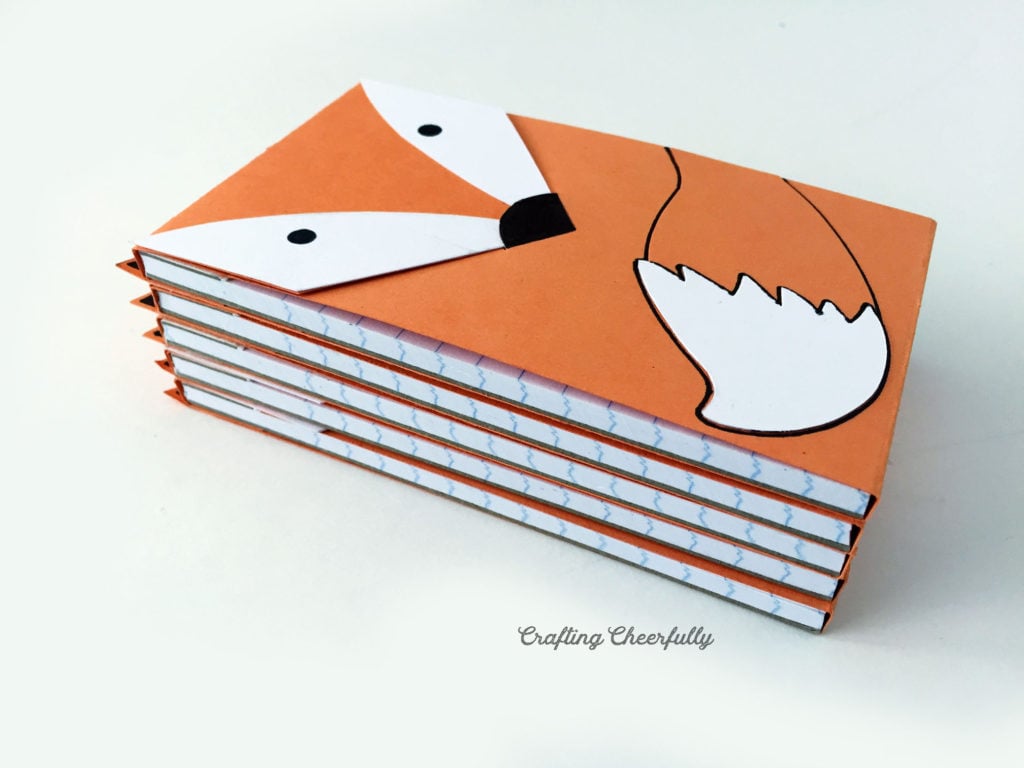 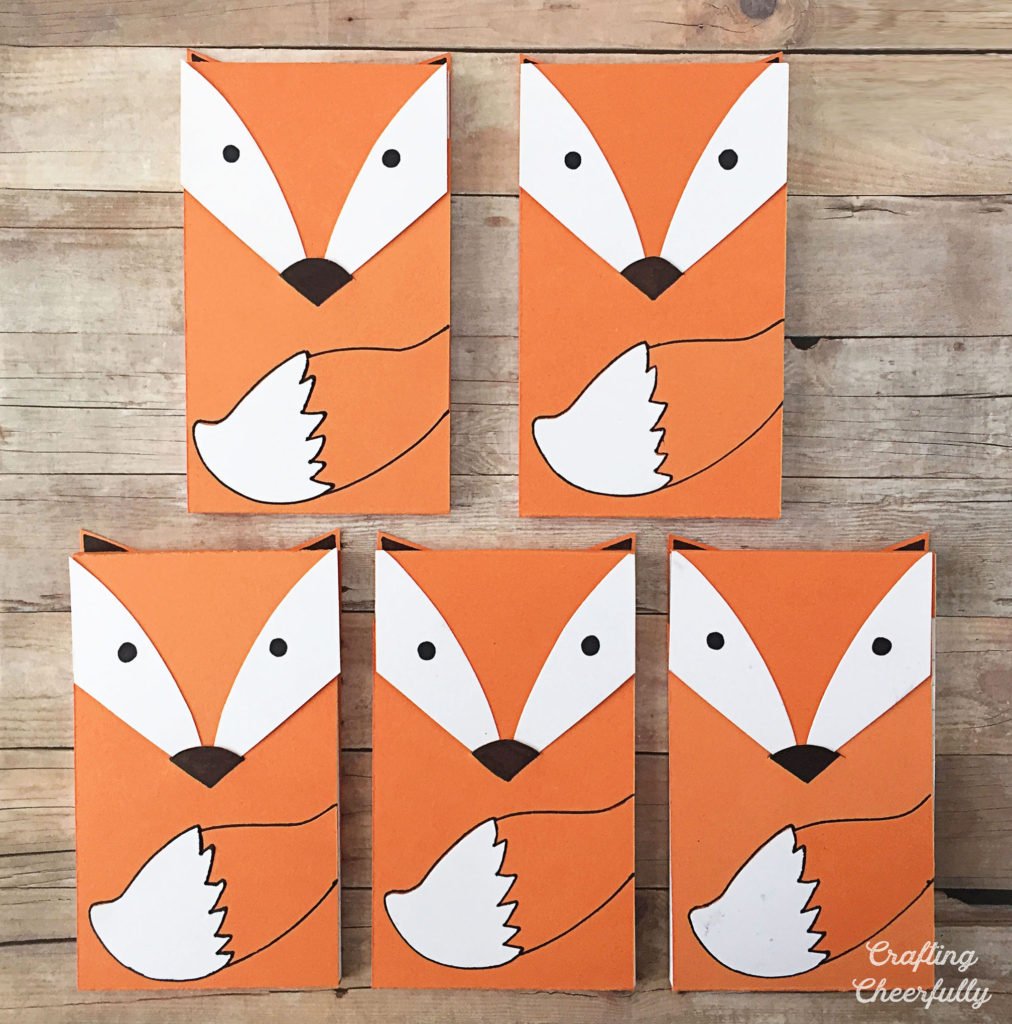 Step One: Cut out the pieces using the free pattern. 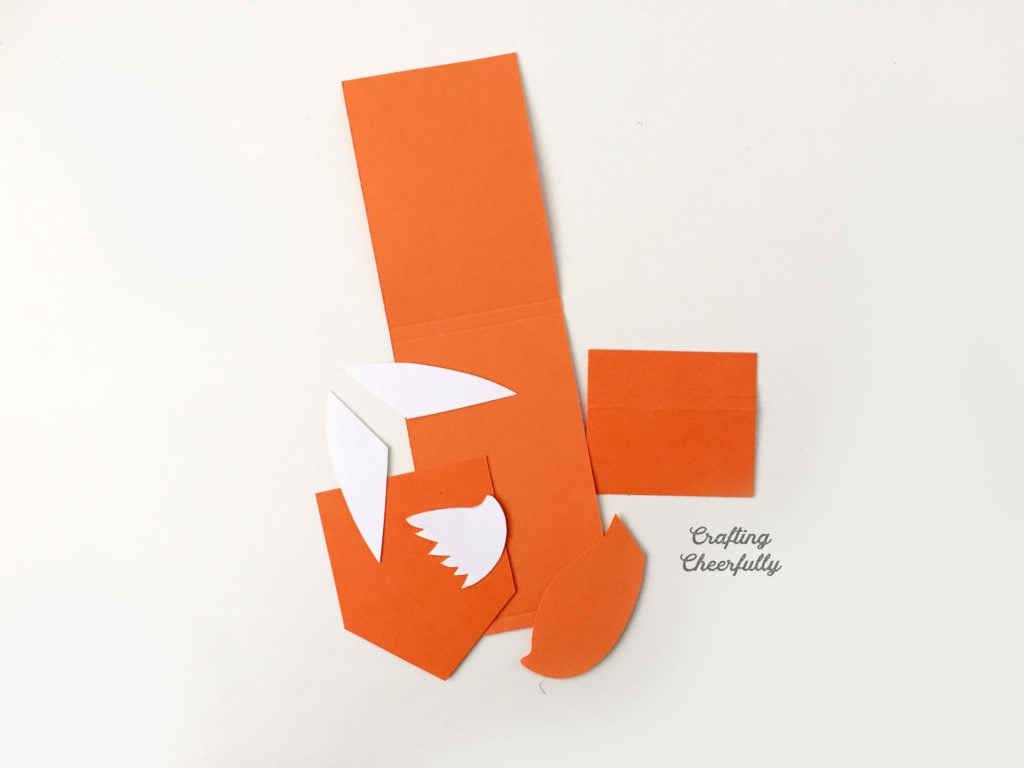 Step Two: Create the body of the fox notepad.

Score the long orange rectangle. This piece will wrap around most of the notepad. Optional – use a scoring board and stylus to create nice smooth fold lines. Starting at one end of the long rectangle, score at 1/4″, 5 1/4″, and 5 1/2″. 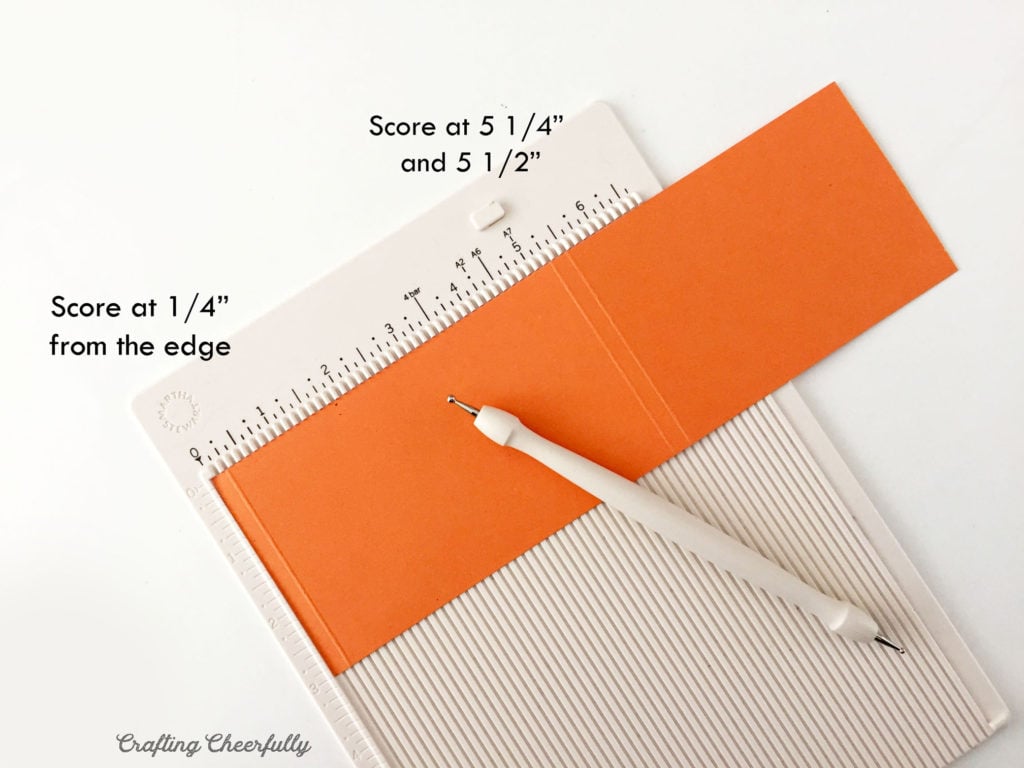 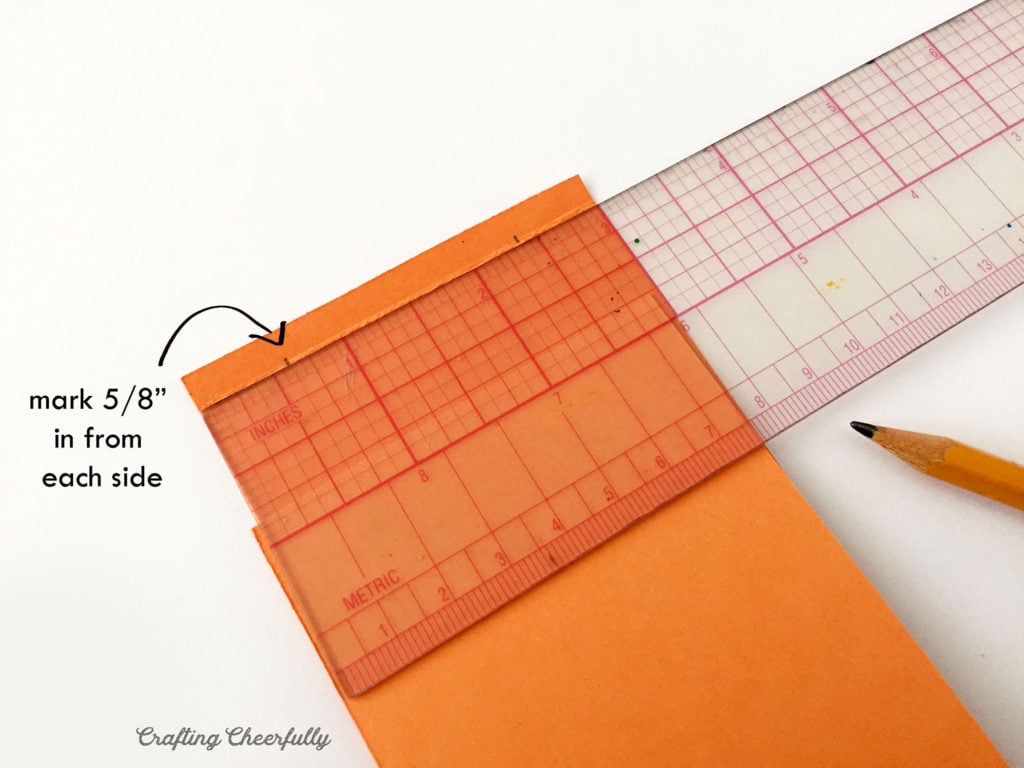 Once you have your marking, draw two lines from it. One straight up, the other diagonal to the corner. You will now have two triangles. Use your black marker or Sharpie to color a smaller triangle for the center of the fox’s ears. 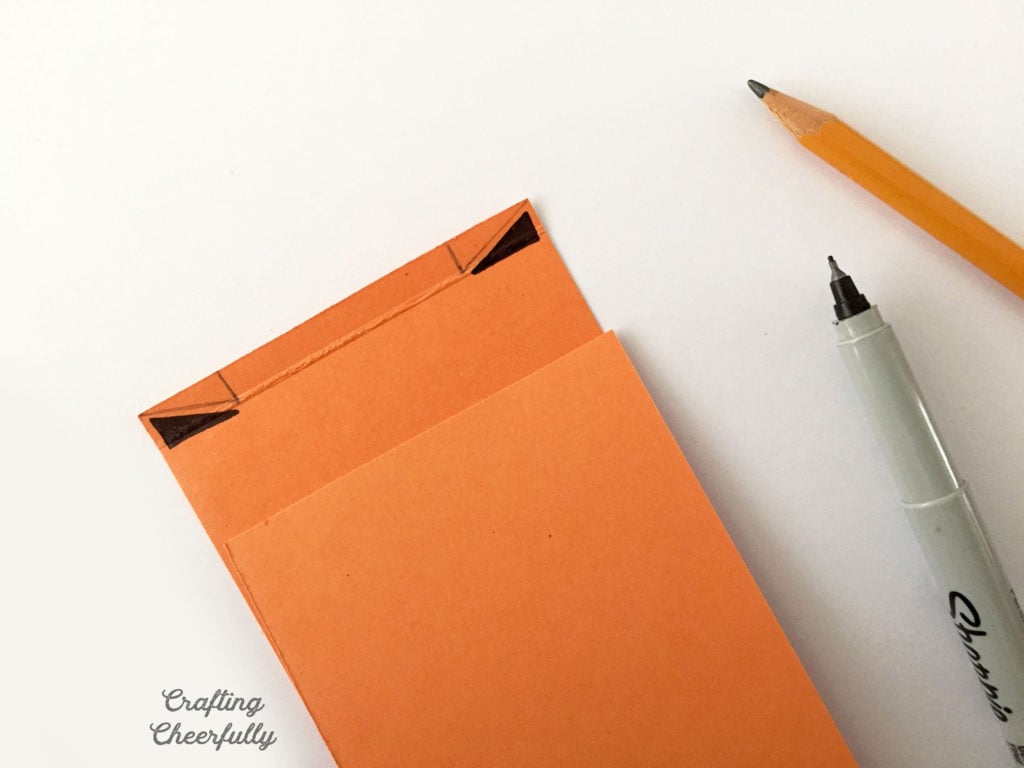 Cut along the two lines you drew and you now have two little fox ears! 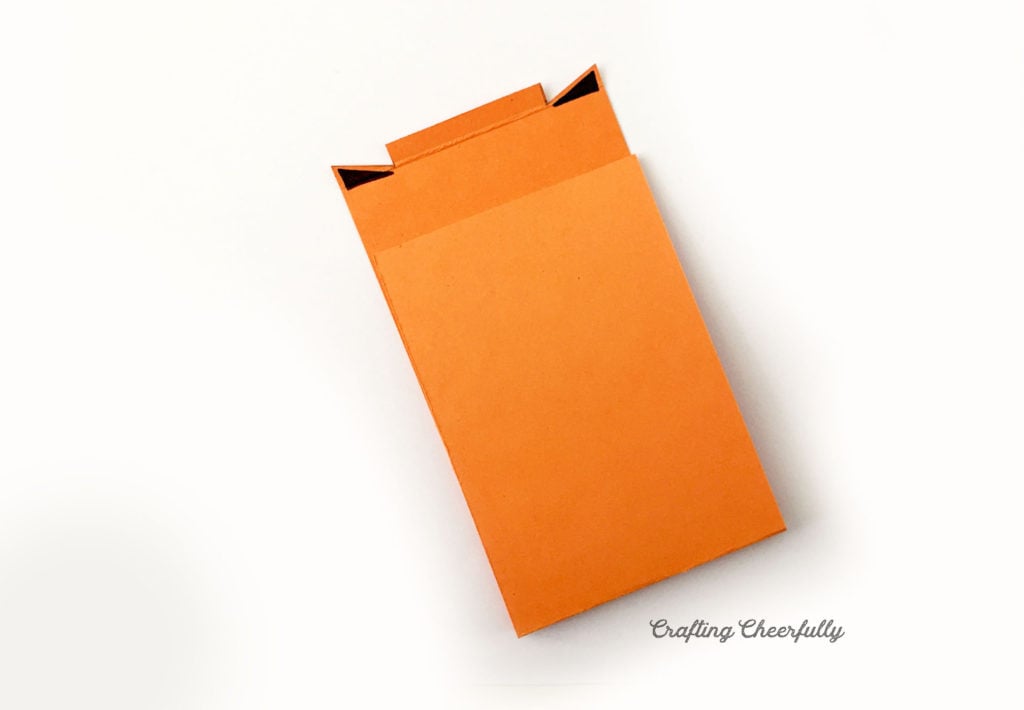 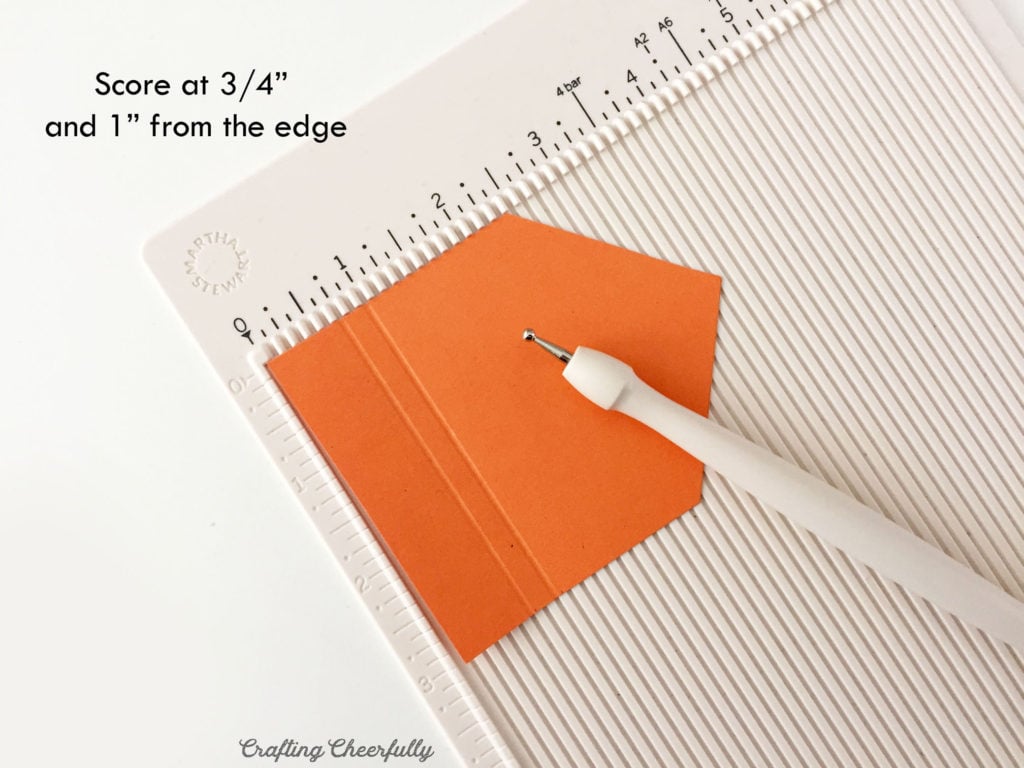 Glue the white curved triangle pieces to the top of the fox face. 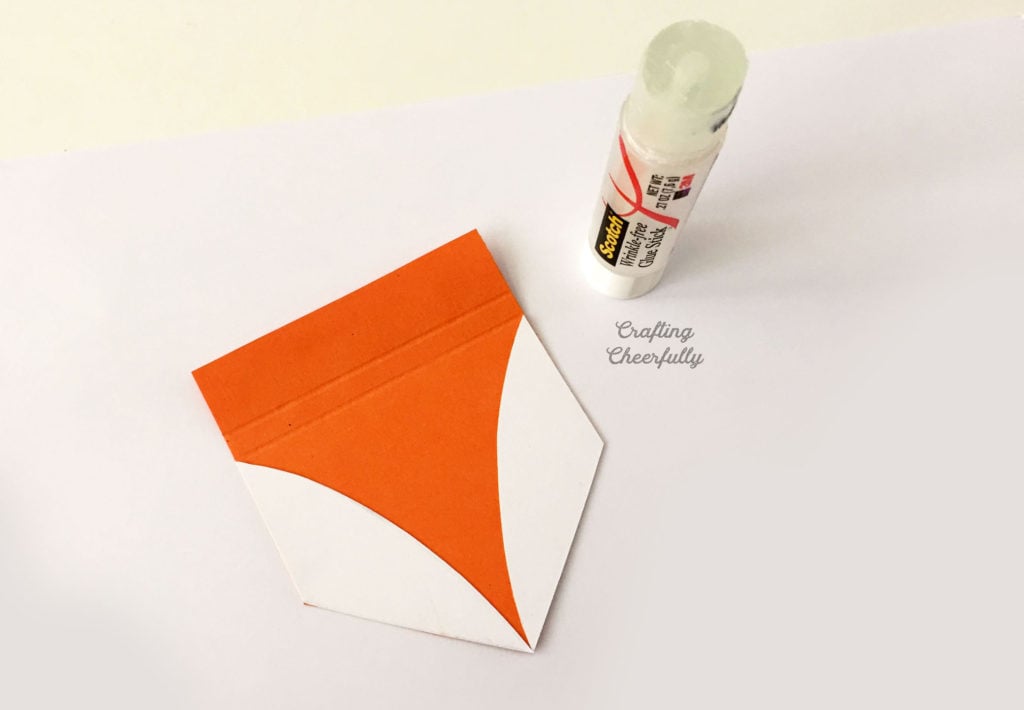 Use your black marker or Sharpie to mark two eyes and color a nose. 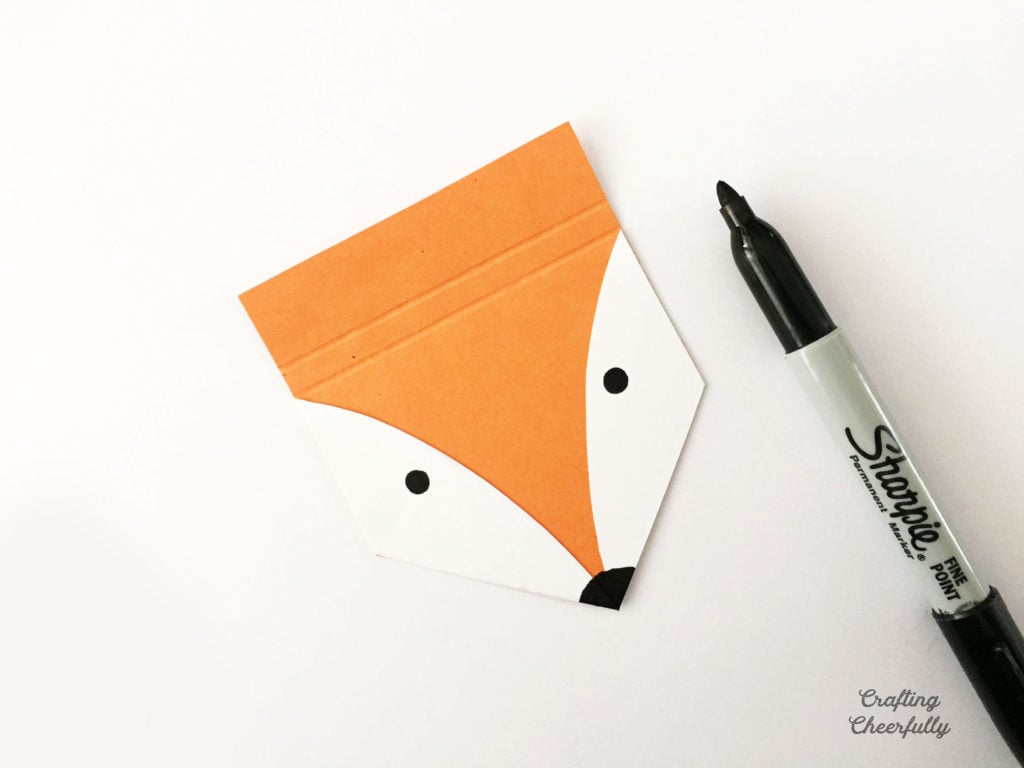 Mark 5/8″ in from either side along the score line closest to the flat edge. 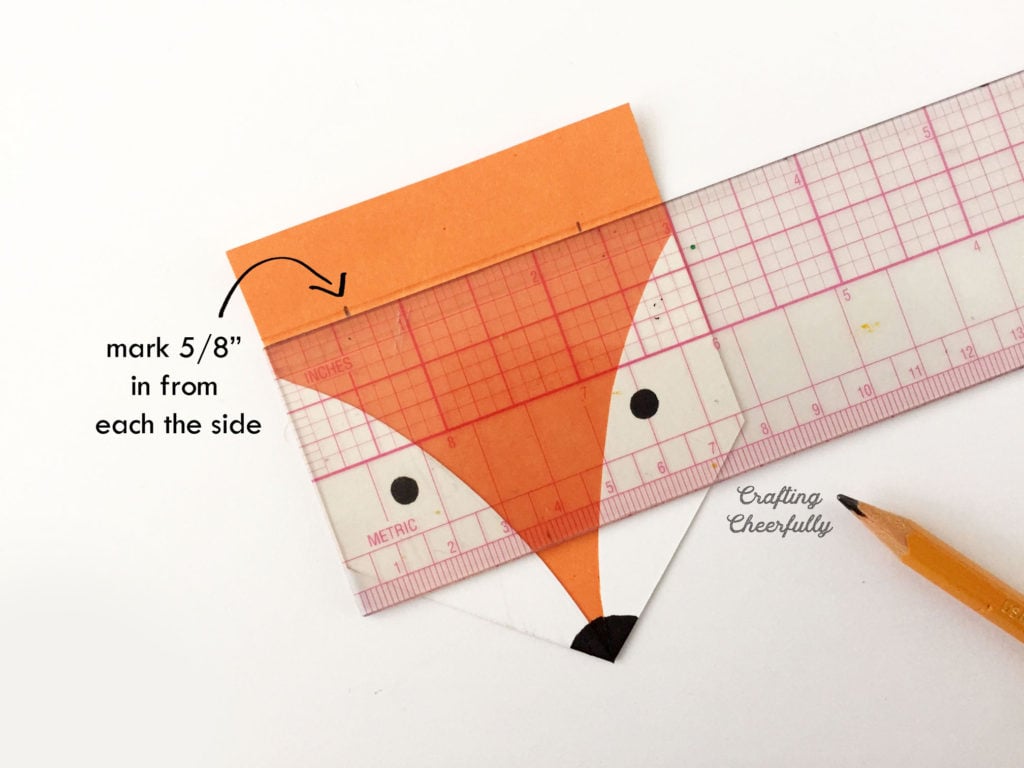 With an X-Acto Knife and cutting mat, cut in between the two markings along the score line. 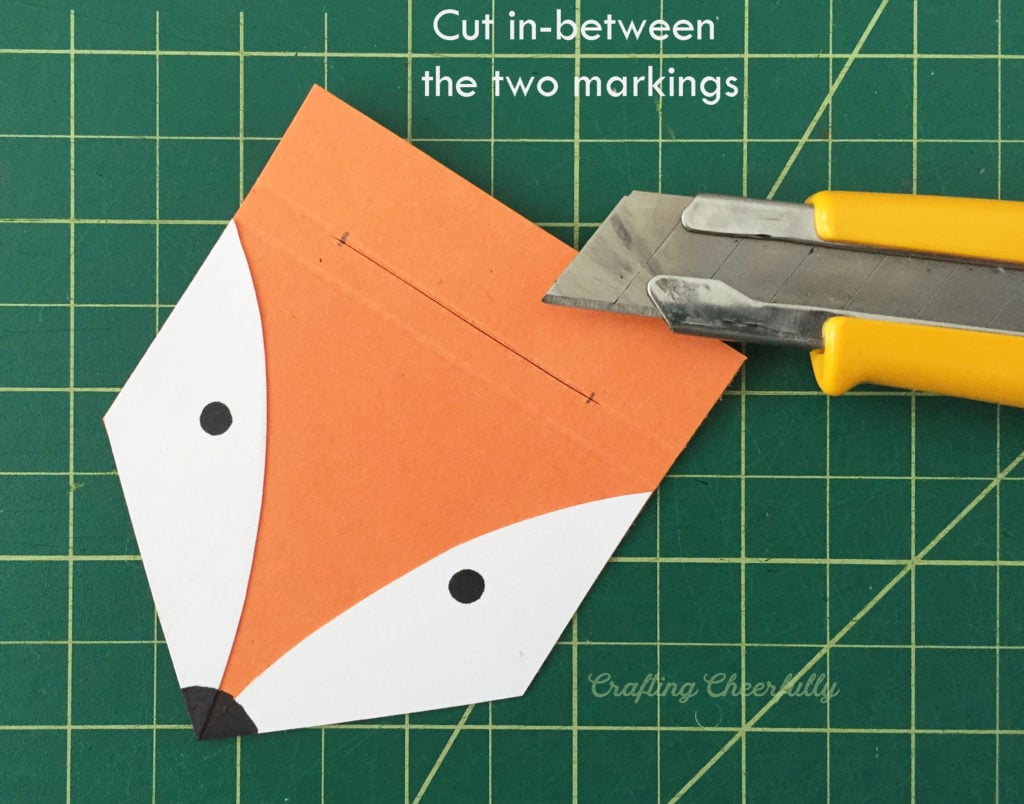 Step Four: Attach the fox head to the body of the notepad.

To attach the fox face and fox body, slip the two pieces together and glue both flaps down with a glue stick. The center flap of the fox body piece will be inside and not visible from the outside. You will be left with two ears poking up. 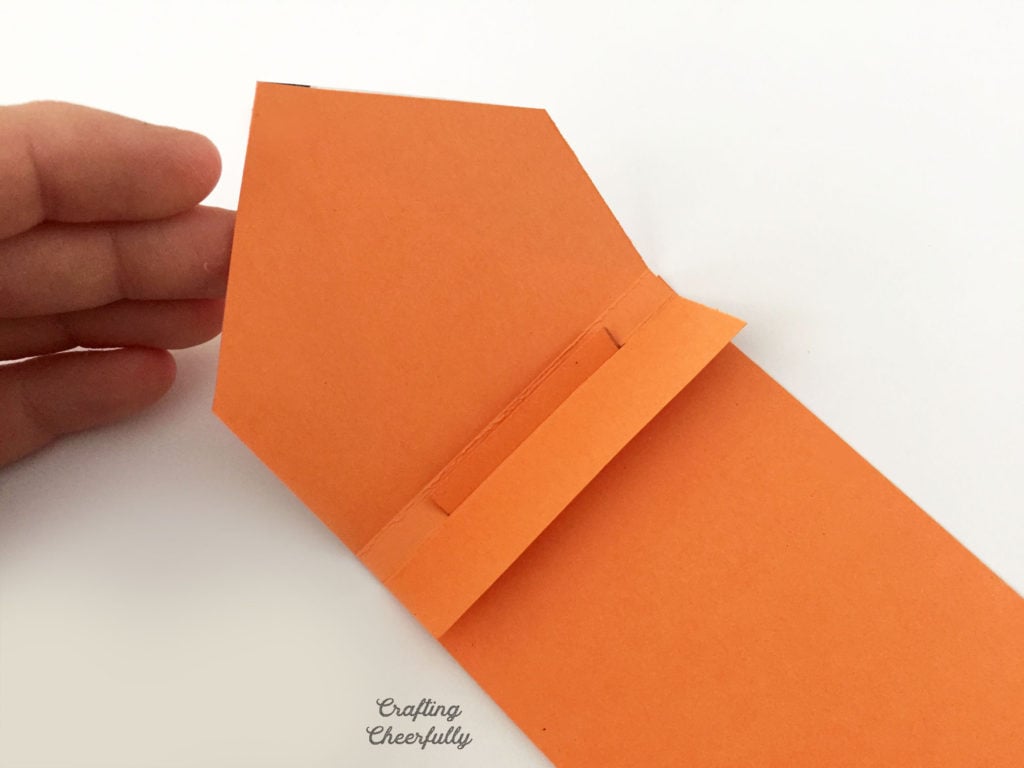 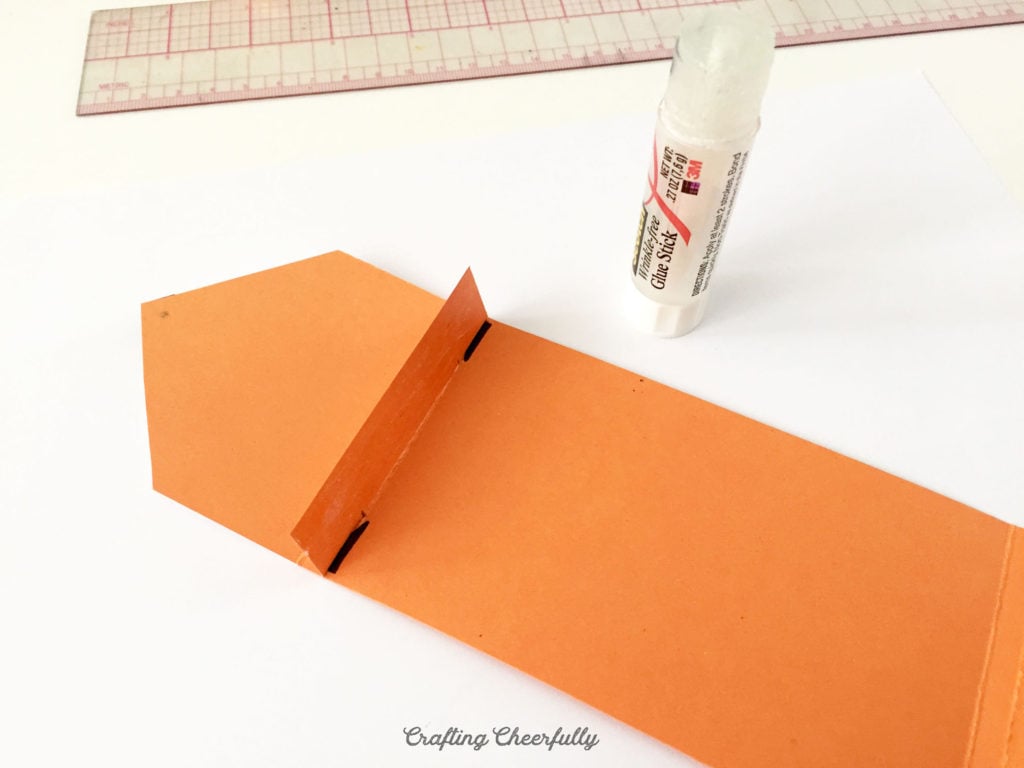 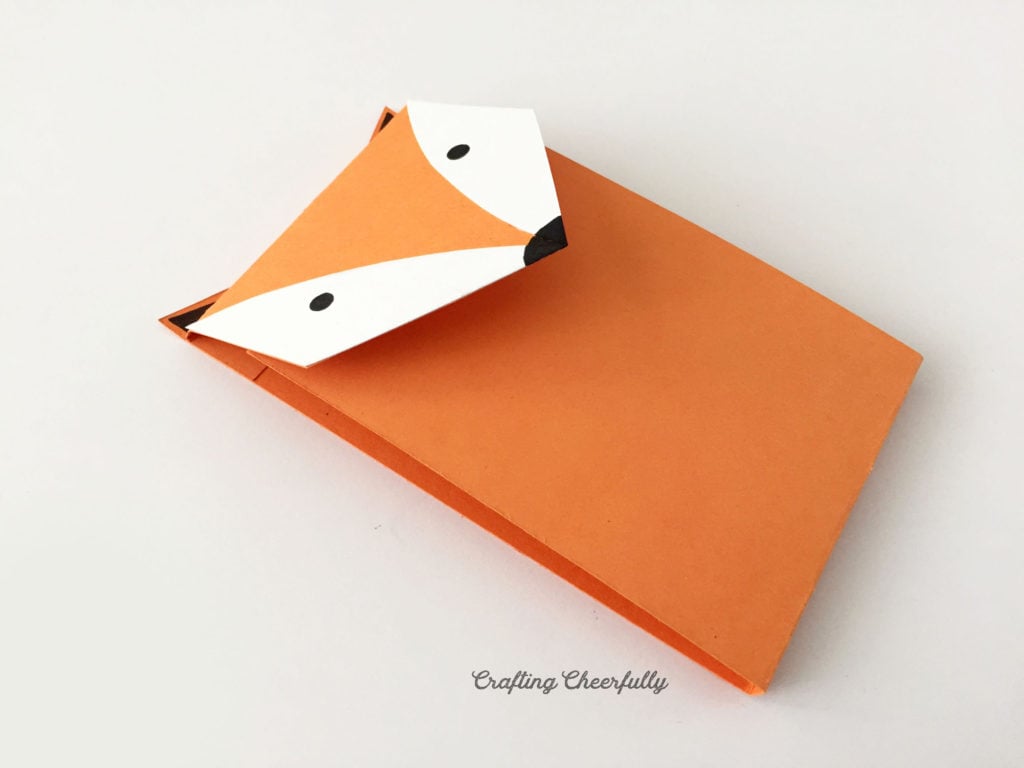 Cover the top of the 3″ x 5″ notepad with matching orange paper. Score the rectangle piece at 3/4″ and 1″. Fold it around the notepad and glue in place. 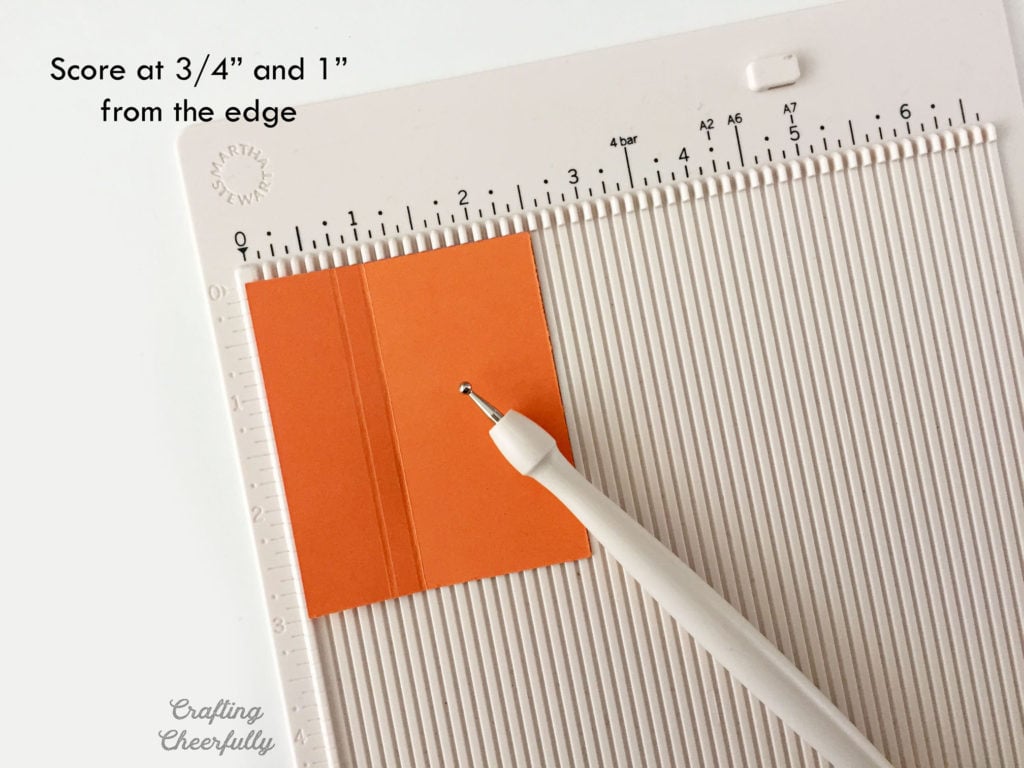 Glue the notepad to the fox cover. Cover the back of the notepad in glue, I found a Wrinkle-free glue stick worked well to reduce wrinkles and puckering. 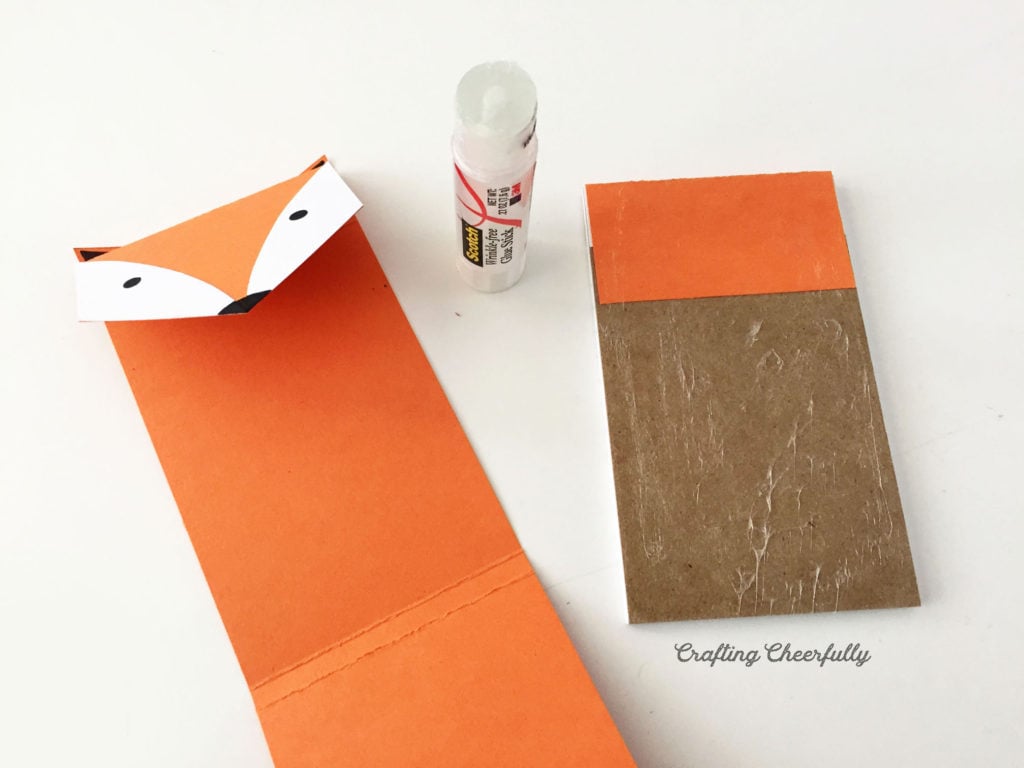 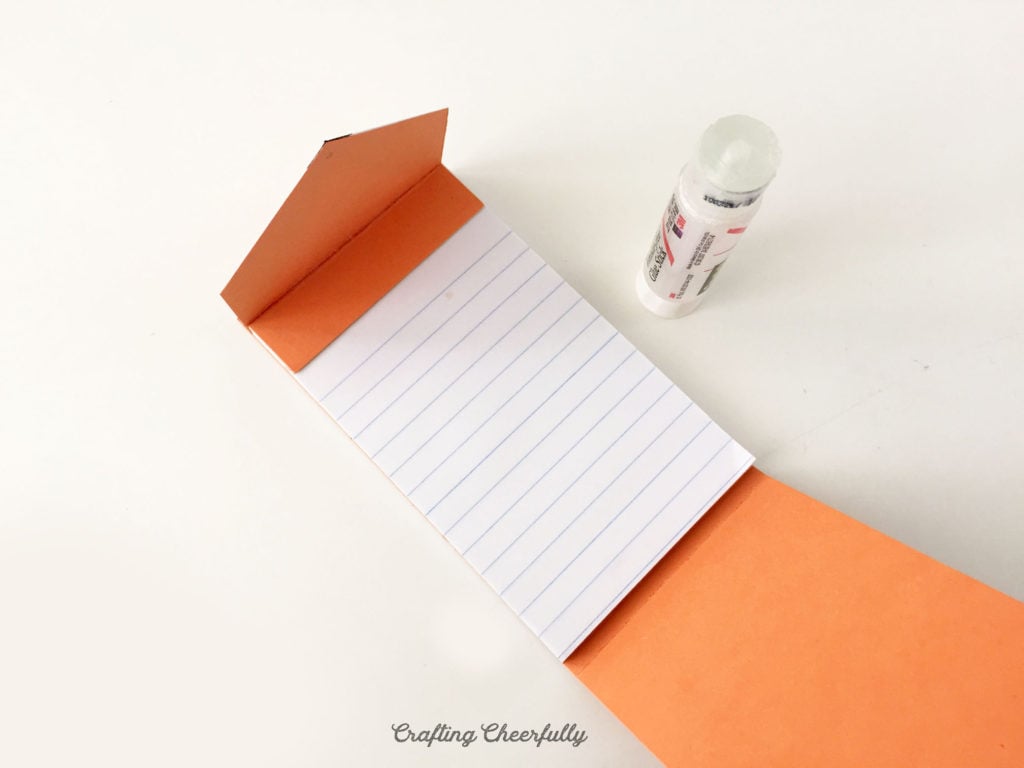 Step Six: Add a closure to the fox notepad.

This can be done two ways! The first is to use a small 3/8″ Velcro Dot. I created these fox notepads using Velcro Dots!

The second way is to create a slot for the fox nose to slid into. To do this, close the notepad with the fox face over the fox body flap. Then mark around the fox’s nose onto the flap. Draw a curved line to finish the nose and then color it in with black marker or Sharpie. Carefully cut along just the top of the nose, along the curved line you drew. Make sure to place the cutting pad directly underneath the flap of paper you are cutting so you don’t accidentally cut through to the notepad. Now when you close the notepad, you can slide the fox’s face under the nose you just created. This will keep the notepad closed! 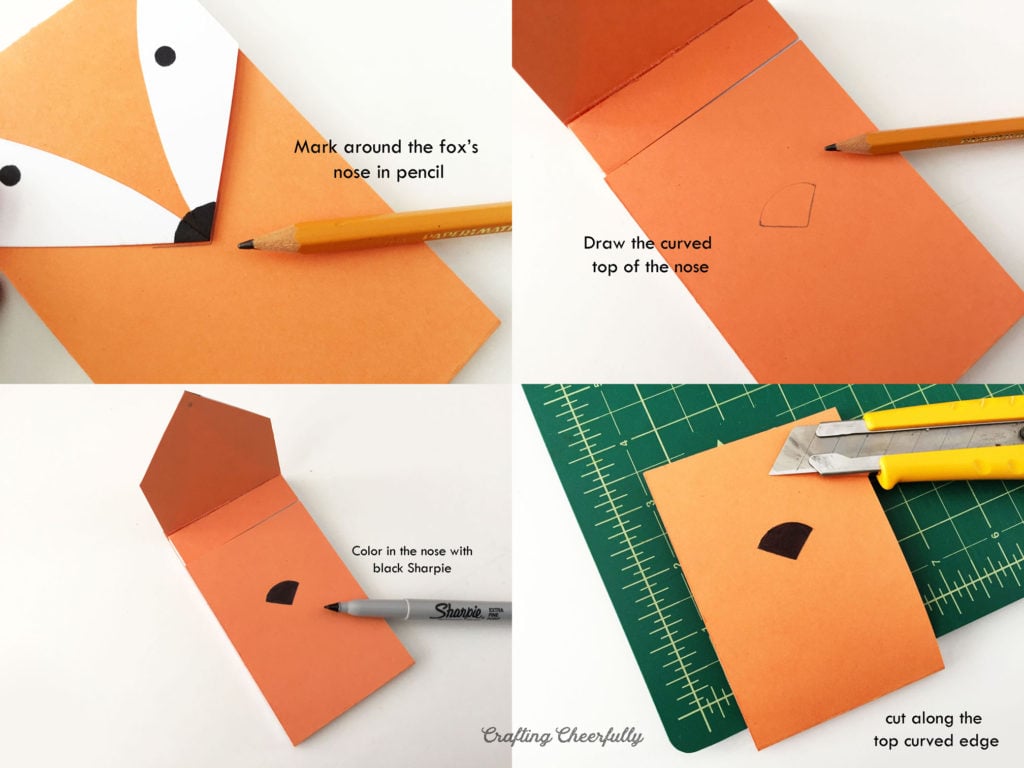 Step Seven: Add the tail and the notepad is finished!

Finally, add the fox’s tail to the front of the notepad. Glue the white bushy fur piece to the orange fox tail piece and then glue the entire thing onto the notepad. Carefully draw around the tail with a thin black Sharpie. 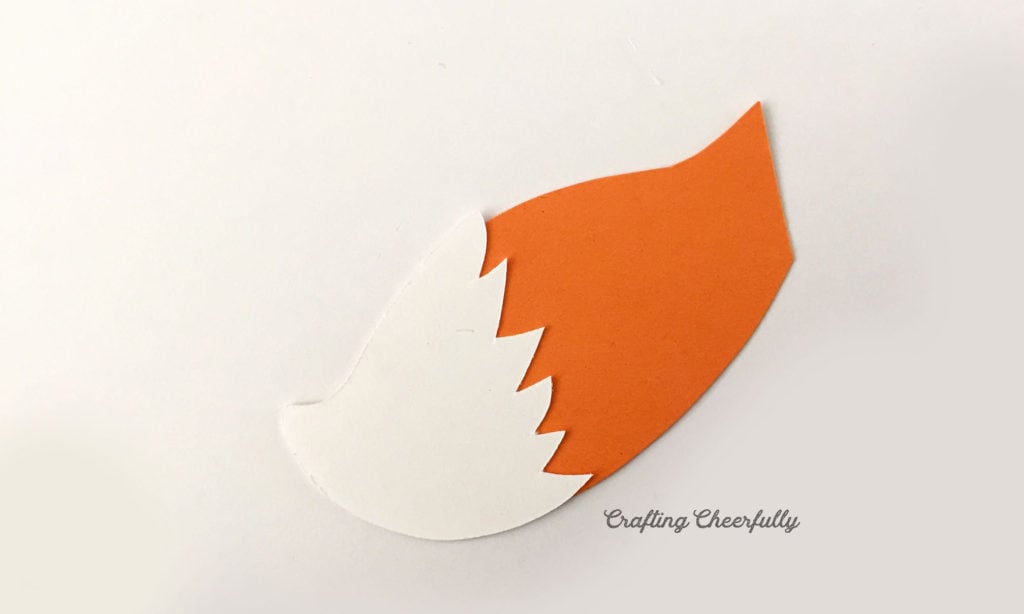 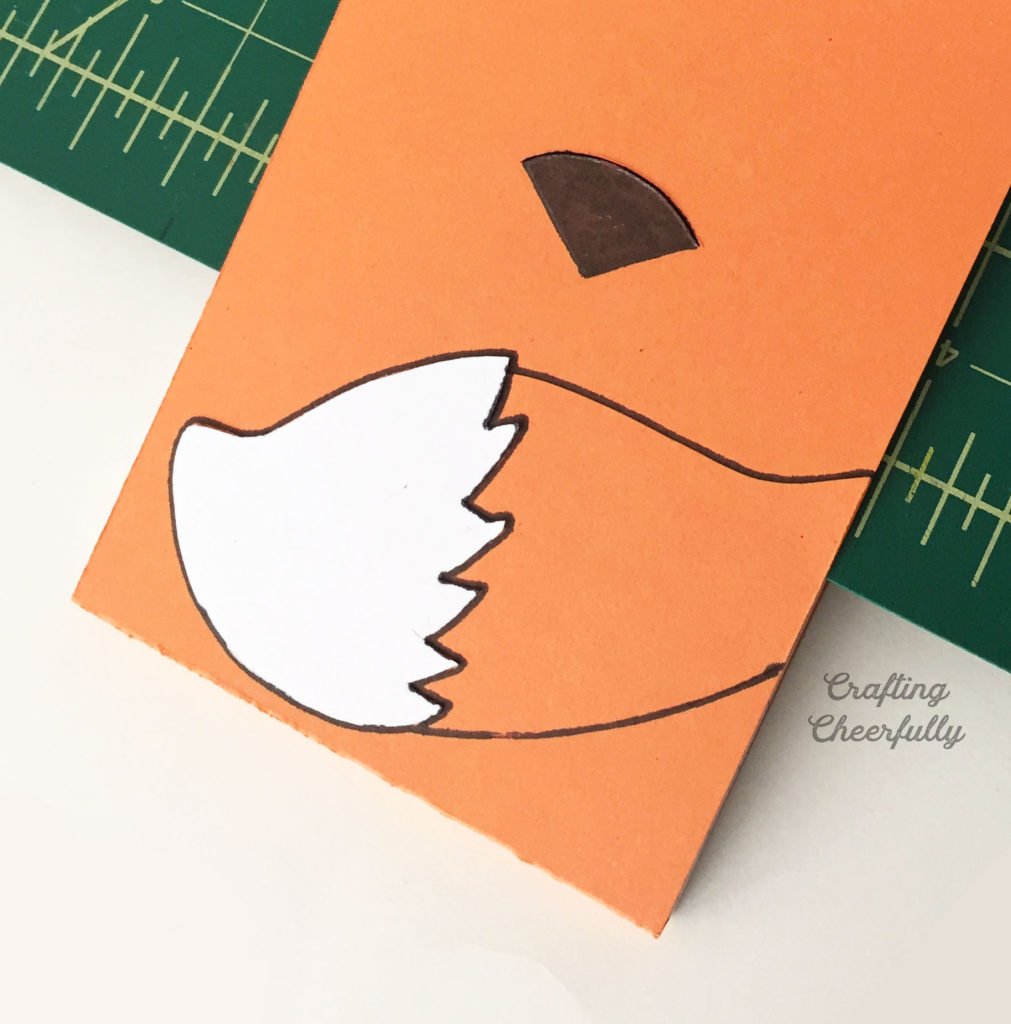 The fox notepad is finished! I love how cute these little notepads are! After making one they really do go quickly. These make adorable party favors, party prizes, gifts or are great to make for yourself! Who wouldn’t want to jot down a few notes on a cute fox notepad? :) 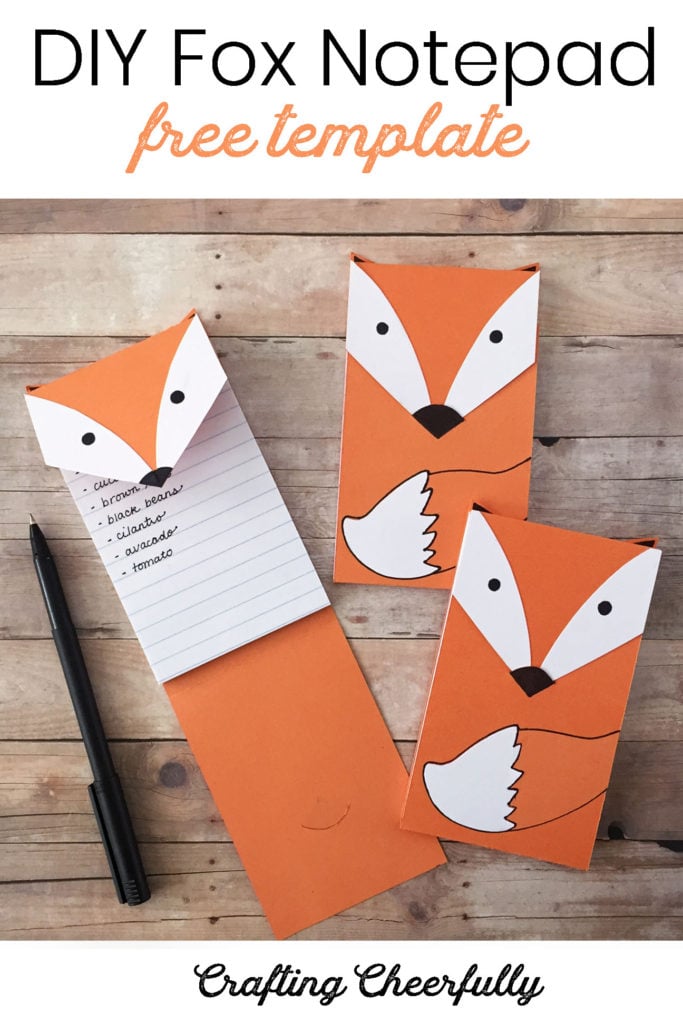 I have a few more project tutorials to share with you from our Woodland Animal party. I also have the tutorial (and free template!) for my Storybook Party Backdrop coming up after a bunch of requests from readers! Lots of exciting projects this month so be sure to visit again :)

Check out these other fun animal notepads!! Some have free patterns and cut files like this fox notepad and some have their files available in my Etsy shop :)

This post includes affiliate links under the “Shop the supplies I used”. This means if you click on the link and purchase the item, I will receive an affiliate commission. Regardless, I only recommend products or services I use personally and believe will add value to my readers.

Did you know today is #internationalredpandaday?!

I created this ombré fall sign last year to decor

Create an adorable ABC Animal Banner with these cu

DIY Apple Dry Erase board! 🍎 I created this fun

This cute pillow wreath comes out every September!